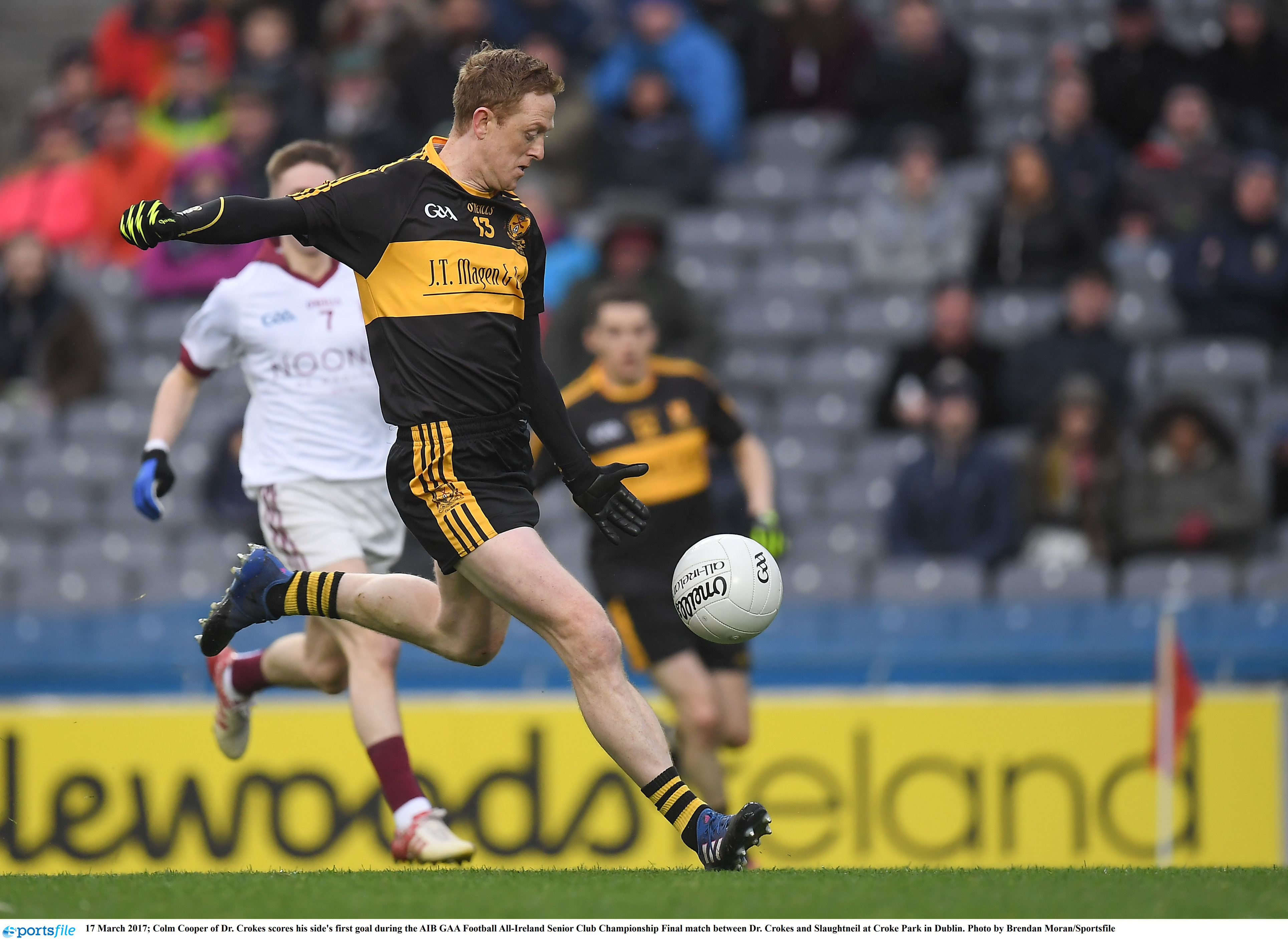 By John Harrington at Croke Park - Courtesy of GAA.ie

Dr. Crokes dug deep to defeat a brave Slaughtneil in Croke Park this evening and win the AIB All-Ireland Club SFC for the first time since 1992.

Colm Cooper was the team mascot back then, and 25 years later he and this generation of Dr. Crokes players finally reached the promised land after many years of trying and falling just short.

They deserved their victory, but you could argue the decisive moment of the match came just before half-time when Slaughtneil midfielder Pádraig Cassidy was red-carded for striking. Winning the match with 14-men was always going to be a huge ask for the Derry side, and Cassidy had been a key player for them until his departure, scoring their first-half goal. Until that red-card there was nothing between the two teams. Slaughtneil were actually the quicker team to settle and seriously troubled Dr. Crokes early on with their clever, skilful, and every effective brand of football. They played Sé McGuigan and Cormac Doherty in a two-man full-forward line right on the edge of the Dr. Crokes square, and made them the focal point of their attacking strategy.

Once they brought the ball into the Dr. Crokes half with strong running and slick hand-passing, they would then drive it in long and support runners would feed off the breaks from McGuigan and Doherty. Sweetly struck points on the run from two of those support runners, Shane McGuigan and Christopher Bradley, gave them an early two-point lead as Dr. Crokes struggled to match their energy.

The Kerry and Munster champions slowly settled through, and Brian Looney got them off the mark after six minutes with a nice finish from the left-wing after cutting back inside onto his right foot. That positive start from Looney was a foretaste of what was to come, and by half-time he would have accumulated three points from play, all of them really classy scores. Dr. Crokes defender Gavin White had a glorious chance to score the first goal of the game after a turbo-charged run down the middle ripped the Slaughtneil defence asunder, but he steered his shot wide. Dr. Crokes had still managed to chisel out a one-point lead by the eleventh minute thanks to converted frees from Colm Cooper and Daithi Casey, but a couple of minutes later they were reeling when Padraig Cassidy goaled for Slaughtneil. Once again their tactic of going long to their two-man full-forward line and feeding off them worked a treat as O’Doherty won a great ball and then fed the on-rushing Cassidy. The midfielder still had a lot to do, but he showed real composure to cut back inside onto his left-foot to take goal-keeper Shane Murphy out of the equation and clip a low shot to the back of the net. Another Christopher Bradley point was followed by a Paul Bradley free after an inspirational run from Chrissy McKaigue, and Slaughtneil were leading by 1-4 to 0-3 and looking good.

Dr. Crokes needed players to step up and show some leadership, and it was no surprise that Daithi Casey and Colm Cooper were those men. Casey tore the Slaughtneil defence open with a powerful solo down the middle and then had the presence of mind to punch a ball that looked like it was about to bounce away from him into the path of Cooper. The angle was tight, but Cooper produced a typically clinical finish as he angled a low shot past Antoin McMullan and to the back of the net. The momentum was with Dr. Crokes now, and a point from Casey and two from Looney had them 1-6 to 1-5 ahead in first-half injury-time. Then came that decisive moment when Cassidy was red-carded just before half-time for striking out at Kieran O’Leary of Dr. Crokes. By the letter of the law, referee David Coldrick had little option but to send him off.

Despite being a man down, Slaughneil bravely stuck to their guns for the second-half, lining out again with two inside forwards pushed right up onto the Dr. Crokes square. They scrapped tenaciously for every ball and deserved to draw level after 37 minutes when Paul Bradley flighted over a free. The longer the game wore on the more likely the numerical advantage of Dr. Crokes would begin to tell, and so it proved. Their ability to bring on two live-wire attacking subs in the shape of Micheál Burns and Jordan Kiely was also an important factor because they both brought a lot of energy and class to the Crokes attack. A smartly taken point from Burns pushed the Kerry side two up, and then Kiely set off on a jinking run that won a free Colm Cooper converted to push Dr. Crokes 1-9 to 1-6 ahead and put some daylight between the teams. Slaughtneil refused to die, though. They emptied their bench to bring some much-needed fresh-legs into their hard-working team, and forced Dr. Crokes to concede a free that Bradley pointed to reduce the gap to two. That proved to be their last score though as Dr. Crokes saw out the game in a very professional manner. They dropped Colm Cooper back into a deep-lying quarter-back role, and successfully played keep-ball for long stretches to run down the clock and keep Slaughtneil at bay.