You are here: Home/ News/ Kerry vs Dublin - Match Preview 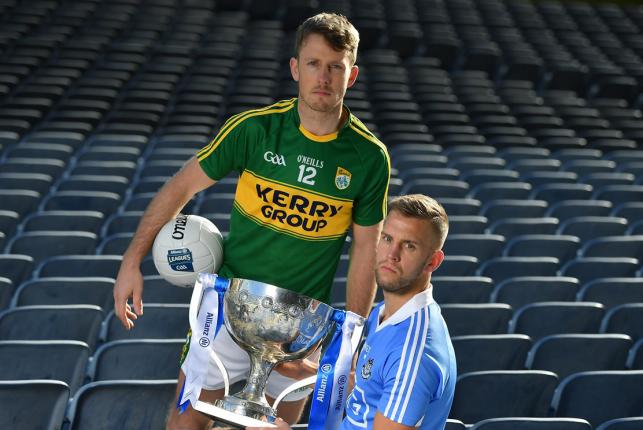 Saturday night’s unique clash of Kerry and Dublin in Round 5 of the Allianz League is likely to be an occasion talked about, one way or the other, for many a day to come – Kerry and Dublin matches usually are! The Dubs certainly have had the upper hand on their Kingdom opponents in the last six years or so and particularly under the stewardship of Jim Gavin and they come to Austin Stack Park hoping to add to their very impressive record of going unbeaten in 33 League and Championship games – a statistic that includes back to back All Ireland titles.

Kerry for their part are in a transition period right now with the likes of Aidan O’Mahony and Marc Ó Sé likely be joined on the sidelines in the next year or so by two or three more veterans who have given the Kingdom tremendous service. Of course Kerry have had an unequalled run of success at Minor level in recent years but it take time to mould a team of youngsters together,  a lesson that even the likes of Mick O’Dwyer had to learn after initially claiming the Sam Maguire at the first attempt with a team of unknowns in 1975.

Kerry have been blowing hot and cold in the League so far gaining four points on the road against Donegal and Roscommon while playing impressively in both, but on the other hand, they disappointed themselves and their home following when going down on home soil to both Mayo and Monaghan. In the latter game in particular, Kerry never got going against a side who set themselves up defensively and when they did get the bit between their teeth towards the end, they ran out of time.

Dublin will hardly be as defensively minded as the Farney men were – quite the opposite in fact – and one would presume that the Kerry defence will be under pressure to control the rampaging running from deep from all quarters by the Metropolitans. Kerry manager Eamonn Fitzmaurice is likely to keep faith with the bulk of the team that did duty in Roscommon and that means that the likes of the thee newer players on the team will get another chance to stake a claim for a permanent place come championship time.

A game under lights before a capacity 12,000 crowd against the All Ireland champions is sure to be explosive and here’s hoping that after another classic encounter between the age old rivals, Kerry will have prevailed.

The game throws in at 7pm and referee is Sean Hurson of Tyrone. Match Programmes cost €3 and proceeds go to the Austin Stack Park Committee.

The Kerry team will be announced as usual on Friday evening at 8:30pm and posted on the Kerry GAA Website.

Kerry finish up their League campaign with an away trip to Cavan on March 26th and they then have League leaders Tyrone as visitors for the final Round of the League on April 2nd.